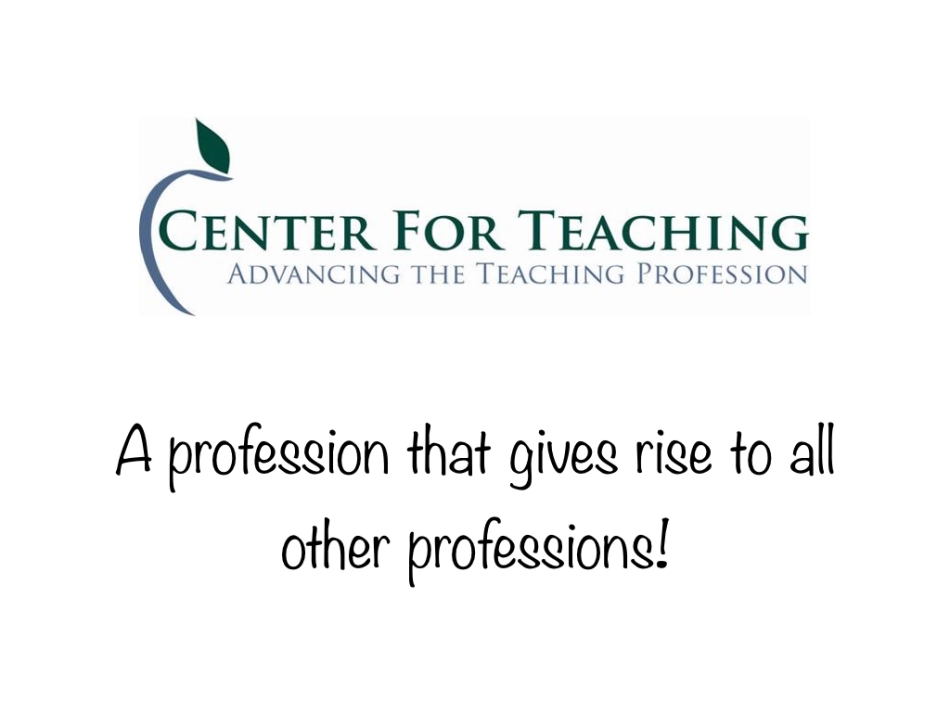 It might be hard to affirmatively answer this question in the midst of a growing number of teacher strikes around the United States. In Oklahoma, Kentucky, West Virginia, and Arizona, teachers are standing up to be heard, and their voices are in the millions.  In a USA Today article, ‘Tired of begging’: Teacher rebellion shuts down Okla., Ky. schools, one teacher advocate is quoted as saying:

“We’ve gotten tired of begging for everything,” said Cagle, a co-founder of the grassroots advocacy group Oklahoma Teachers United. “Teachers, students and the community have decided enough is enough.”

The Washington Post reported on a potential teachers strike in Arizona: Arizona teachers, among the nation’s lowest paid, threaten to strike.  In all these cases, it isn’t only about pay, it is more about legislators showing their deep respect for the teaching profession beyond simple words.  Actions speak louder than words.

Reported in Education Week, Getting and Keeping Good Teachers, teachers in the United States make less than 60 cents for every dollar paid to people with the same level of education in other professions.  This is rather startling since teachers have one of the most complex and demanding jobs in the US, educating our young people.  Teachers in the above mentioned states are voicing concern that their salaries have not kept pace with inflation.  Their “real dollars” have decreased over time.  National Center for Education Statistics data (click here) support this premise.

Over a 25 year period of time, adjusted for inflation, teachers’ average salaries have decreased.  Do we value the work of teachers?  This data would suggest absolutely not!

Here are some statistics for average teacher salaries in the state of Georgia where I live.  Graph 1 shows the salaries of Georgia teachers over the past 15 years not adjusted for inflation.

In graph 2, teacher salaries have been adjusted for inflation.  Comparing these two graphs, the conclusion you draw is that Georgia teachers have had their salary cut by ~9% over the past 15 years.  It turns out that teachers in Georgia have had it worse than teachers in West Virginia.  (click here for the data that is used to build these graphs)

So when you look at data across the nation, we do not value our teachers very much.  Teachers in these four states have a great deal to be outraged about.  The way we show respect for a profession is to not undermine its basic foundation, the wage structure that supports the growth and development of the profession.  The teaching profession foundation in the United States is being eroded.

One more comparison to drive home the point.  Let me add that in looking at the available data on teacher salaries and degrees it is hard to compare apples-to-apples.  However, relevant statistics from the government office, National Center for Education Statistics, reference the following data.

If roughly 50% percent of public school teachers have a master’s degree.  When you look at data for the average starting salary for the top 5 professions (see Table 1) with masters degrees you come up with an average salary of ~$66,000 (click here for the data).  The average for a teacher in the US with a master’s degree is around $58,000.  This is substantially lower, $8,000 or about 12%, than for other professions.

Of course the difference between teaching and the other professions listed in Table 1 is that education is funded through taxation.  Over the past 10 years, most states and localities have seen their tax base contract and have invested fewer dollars in education.  However, when US citizens are polled with regard to their willingness to have their taxes raised to support education, their responses are overwhelming positive (click here for a report from National Public Radio news).  Here is a quote from the survey.

1 comment on “Do we value #teaching as an important profession in the United States?”