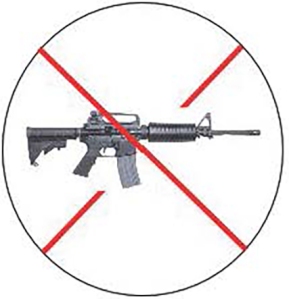 I was reading a few of the articles in Friday’s New York Times: (1) How They Got Their Guns; and (2) How a Conservative-Led Australia Ended Mass Killings.  First, it is maddening to learn about mass shooting after mass shooting in the United States and realize how helpless we are.  Second, it’s maddening to think about how ineffective our politicians are when it comes to any legislation to control the buying and selling of weapons of destruction.  For me, assault weapons and semi-automatic handguns are “weapons of destruction.”  They are weapons of war and should not be part of a civil society.  As a result of these two articles, I wrote the following post on the Center for Teaching Facebook page.

Shouldn’t reading this article and seeing what people are capable of cause us to do something meaningful about gun violence in the US.  Not all people who buy, use, and kill with guns are “mentally unstable.”  Republicans want to solve this problem by dealing with mental instability: detecting and treating it more effectively.  OK, but that won’t solve the mass shooting problem. Yes, I think we can all agree that we should handle mental illness more effectively. Democrats want to handle the issue with gun legislation. OK, we have guns laws, most of which are not effective and not always enforced properly. Yes, I think we can all agree that the laws we already have need to be enforced with greater fidelity. However, reading this story we discover that many mass shootings are with guns that fire an extraordinary number of rounds per second. In a matter of half a minute, a shooter can disperse 100s of rounds killing dozens of people. When the second amendment was passed guns could fire only one round and it took a minute or more to reload.  Gun enthusiasts, lobbyists and Republican politicians continue to use the second amendment as their fail back reason for why we cannot regulate weapons of mass destruction.  However, these are different times and different circumstances.  I seriously doubt that our founding fathers would have said all people should be able to exercise their 2nd Amendment and carry assault weapons.  Why are our politicians so impotent and ignorant in grasping the problem we face and doing anything about it? Why are our politicians so comfortable sharing their condolences, but totally unwillingly to fight against the NRA gun lobby and put in tighter restrictions on assault weapons, better regulations for background checks, and a national wide database on purchasing of large amounts of ammunition. In San Bernardino, how can two people assemble thousands of rounds of ammunition without some RED FLAGS being sent up? We have to be more diligent and courageous about solving these problems. No other country has 300+ mass shootings in 2015. There is terrorism on the home front, when will we stop putting our heads in the sand.  (https://www.facebook.com/robert.ryshke)

Today, the New York Times published an editorial, The Gun Epidemic, on the front page about the problems of gun violence (#gunviolence on Twitter) in the United States and the lack of will to legislate any solution to the problem.  While I do not claim to write as convincingly or effectively as the NYT editorial staff, I was amazed to realize there were many parallels with my Facebook post and their editorial.  We have to find and express our voice regarding gun violence in the United States.

I would propose that in middle and upper (high) schools across America that we talked with our students about gun violence.  We need to create interdisciplinary units of study that cover violence in American.  We need to help them learn the objective facts, formulating an opinion in the absence of political rhetoric, which is not designed to tell the truth.  Education can be designed to tell the truth.

Here is an example of what one school is doing with the topic of violence.  At High Tech High, a project-based learning school in San Diego, students explored violence in America and created a documentary, Beyond the Crossfire (click here for the project at a glance and follow them on Twitter @beyondcrossfire).  You can also follow their work on Facebook (click here) or on You Tube (click here).  With 355 backers, they raised over $30,000 on Kickstarter to produce and market their documentary (click here).  See how these students decided to raise the money to fulfill their amazing goals.

In schools across the United States, students can be a powerful voice that speaks out against gun violence, but they have to be empowered to learn the facts and construct arguments that can change the world.  If students in San Diego can do it, then students everywhere can do it.  As educators, we have to lead the way and be bold.  Let’s not succumb to the numbing effect of mass shooting after mass shooting.  These are all acts of “terrorism” whether foreign or home grown.  We need to help our students develop strong and informed voices on the topic and change the world with their knowledge, caring and love.

If we do nothing, then voices like Ted Cruz, Marco Rubio, Donald Trump, and others will win the day (click here for a story on what politicians on the right are calling for).  Will we let them convince us that you fight violence with violence, guns with more guns?  What will become of this country if that ends up being the solution we passively allow happen?  A Call to Arms (click here for the story) will only add more guns on the streets of our cities.  In the United States, we already have more guns than citizens and nearly 4 times the number of homicides per million people from gun violence than any other developed country (click here).

Changes can be made!  Look at what Australia did to rid the country of mass shootings, gun violence, and possession of assault weapons (click here).   If they can change their culture of violence, why can’t we do the same in the United States.  We can; however, it will have to be accomplished by ordinary people, teachers teaching students, and students acting in a manner similar to those students at High Tech High.  Let’s get this done.

0 comments on “Should we more explicit about teaching the topic, violence in America?”