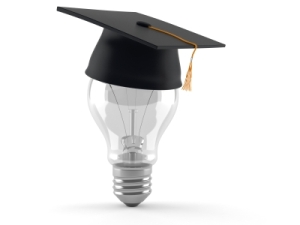 Reading this article in Education Week, New Rules Push Down Grad Rates, leaves me with very little confidence in our educational system.  It seems to me that students are simply pawns in a vast system that doesn’t even understand how to motivate them to fulfill their dreams.  In fact, I would surmise that our educational system has little understanding of what those dreams are that need fulfillment.  We should be asking the question: “why aren’t 100% of students in public schools graduating from high school?”  Instead of focusing the blame on them we should look in the mirror and ask: “why would anyone want to graduate from high school?”  Isn’t it our (educators’ and schools’) problem and not the students?  Why are we failing nearly 25-40% of our students?

I realize I am being overly dramatic. There are many schools and many students who do graduate, know why they are graduating and enjoy their high school experience.  However, there are many more who do not.

The federal government is requiring states to change the way they account for students.  The result is that have been reporting graduation rates that are somewhat inflated.  Up until now, states reported graduation rates according to their own formulas.  There was little standardization.  Now the federal government is requiring each state to use the same formula, “a four-year cohort rate.”  The new number has to be used in the Adequate Yearly Progress report the schools file under No Child Left Behind (NCLB).

Isn’t that wonderful.  All this time the numbers states have been reporting have little reliability, especially when you try to compare one state to another.  Great!

Even with the four-year cohort rate, the states’ rates are still not comparable in ways that are consistent.  In 2005, the National Governors Association adopted the NGA Graduation Counts Compact.  The four key elements of the document were that states would agree:

Do all states use these four elements to track students and report on their status as graduates of their high schools?  The answer seems to be no.  States still look for loopholes and strategies to “fix” the numbers.  This came to light when states asked for waivers to NCLB.  These waivers allow states to change how graduation rates are used for accountability purposes.  So we might standardize the reporting formula, but allow states flexibility with regard to how they weigh graduation rates in their accountability formula.  Sounds like our tax code, lots of loopholes.

Judi Miller, the assistant director for title programs and services at the Kansas Department of Education, was quoted as saying,

There are some nuances in the parameters that each state set, so really you can’t say they’re exactly the same in each state.”  (Ed Week, vol 31, no 27, page 12)

So can we really be sure how many students graduate from high school?  I don’t think so.

What states who use the four-year cohort calculation are finding is that their graduation rates have decreased substantially.  For example,

So we inflated our graduation rates from years past.  Isn’t that wonderful.  In a previous post from the Center for Teaching, Graduation Rates: Horror Story, the real data is probably worse than we thought.  Regardless of the formula or the numbers, it is unbelievable that we can sit around and debate these issues when 34% of students in Oregon are not graduating from high school OR we lose track of them in the system.

Paige Kowalski, the director of state policy initiatives for the Data Quality Campaign, is quoted as saying:

What’s worse, that kids actually aren’t dropping out or that we lose track of them?  If you ask me, the real problem is that we are losing track of our “kids.”  These are real people (not kids..kids is a dismissive expression) at a critical part of their lives.  We shouldn’t be losing track of them.  In fact, we should know EVERY student in our schools and not track them as though they were a dot on a GPS device.  We should know them as human beings, with goals and aspirations.  We should be asking ourselves how can school help EVERY student realize his or her dreams?

Using all these numbers as accountability for AYP and NCLB is merely a distraction from the real problem.  We do not know EVERY student well.  That is the tragedy and that is the fault of adults in schools not students.

Is this what is has come down to…

Ms. Tucci from the Alliance for Excellent Education is quoted as saying,

Schools could see a strong mathematical boost in accountability scores by pushing students out. (Ed Week, vol 31, no 27, page 12)

Wow!  So all of this is about making the numbers work, making states look good with regard to graduation rates, and attempting to fulfill the goals of No Child Left Behind.  Do we really believe in that statement, “no child left behind.”  We are leaving plenty of children behind.  There is the real tragedy.

0 comments on “Why would a student want to graduate from high school?”