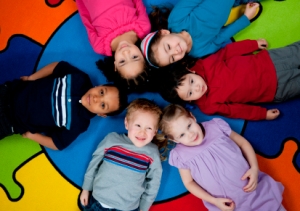 How misguided can our politicians, both Democrats and Republicans, be to cut spending on preschool education in Georgia?  They demonstrate a lack of knowledge on the basic facts, little common sense when it comes to planning for the future, and absolutely no fortitude when it comes to providing a viable economic model to fund preschool education in Georgia.

So today, I was out for a walk at 4:00 p.m. listening to WABE’s, All Things Considered.  They aired a story on the economic issues facing preschool education in GA.  Decreasing revenue from the state’s lottery has resulted in a funding gap that can only be filled by slashing nearly 14% from the state’s preschool program budget, nearly $50 million dollars out of a $400 million annual budget.  I then read the article, Slower Lottery Sales Hit Georgia’s Pre-K Program, in the October 11th edition of the Atlanta Journal Constitution about the same story.

Let’s look at the brutal facts:

These are merely three sets of facts that strongly suggest K-12 education in Georgia is not serving students’ needs effectively.  Is there really any argument on that point?  Can we be proud of these benchmarks as a state?  I hope the answer is absolutely not and I also hope that we would not try to justify or explain away our problems and look for solutions to provide Georgia public school students with a strong 21st Century education.

Let’s look at some truths about what we know will improve K-12 education:

So, we know a high-quality preschool program prepares students to succeed in school, we know experienced teachers are generally more highly qualified than inexperienced teachers, we know that the professional development that leads to high-quality teaching is worth spending resources on, and we know that good teachers are unpaid professionals.  If we know these four things, then why are we cutting preschool programs and slashing 10% from the meager salaries of preschool teachers?  The answer is that the people making these decisions are not informed or refuse to face the reality staring them in the face.

Why does Georgia fund its preschool program through proceeds from the GA State Lottery?  It may have appeared to be innovative in 1995, but it is clearly a disaster in 2011.  Is funding anything vital to our society through a gambling scheme really an intelligent and sustainable financial model?  In an economic downturn, I would propose that the model is totally misguided.

To achieve what our preschoolers require for effective learning we need to invest resources not eliminate them.  Our preschoolers will be under-served by letting experienced teachers leave and replacing them with inexperienced teachers.  Our preschoolers will be under-served when good teachers have their pay cut 10%.  Their salaries are already quite low for what we expect of them.  We should be investing in increasing their salaries not decreasing them.  This investment requires resources that are sustainable and reliable.  We build infrastructures like roads with tax dollars.  Why wouldn’t we build a preschool program with tax dollars, while also expecting families to pay what they can afford based on a sliding scale.  Families need to invest in quality preschool programs as well.

In the AJC article they quote Stephanie Mayfield, spokeswoman for Governor Deal, as saying:

the cuts to pre-k were made only out of necessity.

Mayfield goes on to say that,

Does Mayfield really believe we will swallow those lines.  If Governor Deal really understood the value of a quality preschool education he would: (1) not support the cuts regardless of how they were funded and look for other revenues (tax increases) to close the gap; or (2) he would encourage and support legislation to fund preschool programs in Georgia with a more financially sustainable model.  He has been in office long enough to see where his priorities lie.  His rhetoric can only be judged by his actions.

So what are the takeaways for me.

Where is the political leadership?  Where is the child-centered vision that should be driving the conversation about how to responsibly finance our preschools?  From what I see in Georgia, it is not anywhere to be found in the public sector.

For a bright spot, check out this piece in Atlanta Daybook about the East Lake Early Learning Center.  I attended the official opening of the Center and was highly impressed with the quality of the facility, the innovative programs, and the community support for early learning.  The YMCA of Metro Atlanta and the Atlanta Speech School’s Rollins Center for Language and Learning launched this new early learning center devoted to improving literacy in Georgia.  The program, called Read Right From the Start, is a novel approach to teaching literacy to preschoolers and could serve as a model throughout Georgia.

Let’s work to provide these types of programs for all our children and find responsible ways to pay for them.